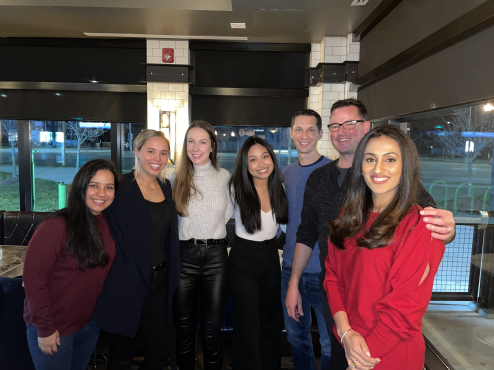 Physiotherapy in Milton for Football

According to studies from the 1970s, every year in North America, there are between 600,000 and 1.2 million injuries in high school and college football. About 30 percent of these injuries affect the hands or arm of the player. Unfortunately, there have been no large studies done since the 1970s, so the current number of injuries was unknown. Because professional football players have better access to training facilities, are more experienced, and are stronger and faster, it would make sense that they would experience fewer injuries. However, because of the lack of studies there is no way to keep track of such injuries. A database of football injuries is in place, though. As a whole, databases usually focus on career-threatening injuries, such as concussions and knee injuries. Because hand and arm injuries usually only sideline athletes instead of ending their careers, these injuries tend to get overlooked.

The authors of this article reviewed the background and causes of hand injuries that were reported over a 10-year period in the National Football League (NFL). To do this, researchers reviewed the NFL Sports Injury Monitoring System, where injuries are entered if they cause an athlete to leave a game or practice session early, or it causes a missed game or practice. The researchers were interested in any injuries that affected the finger joints, as well as the bones, ligaments and muscles in the hand. They also looked at the wrist and joints in the wrist. The types of injuries included contusions (bruises), lacerations (cuts), inflammatory disorders like bursitis and tendonitis, strains and sprains, and fractures.

Out of 24,432 injuries that were recorded in the database, 1,385 involved the hand, wrist, or fingers. Three hundred seven of the injuries involved the hand itself, 414 involved the first ray (wrist joint and the finger joints, skin and ligaments and muscles in and between the thumb and the first finger), and 664 to the fingers. Of the total number of injuries to the hand, fingers, or thumb, 522 happened during practice sessions, 338 during games. Of 338 injuries of the hand, 118 occurred during practice, the rest in games. Games were also the major setting for first ray injuries (292) compared with practices (105), while fingers alone were injured in games 351 times compared with practices at 299 times.

The most common hand injury was the metacarpal fracture, or broken finger. These occurred in 236 of the hand injuries, followed by contusions, which made up 55 of the hand injuries. When the researchers looked at injuries of the first ray, they found 200 fractures, which made up 48 percent of all first ray injuries. There were also 148 sprains and 37 joint dislocations. Finger injuries included dislocations or overbending (326) and fractures (196).

The most common cause of fractures was tackling an opposing player (1174 injuries), while blocking was the second most common (324 injuries). Being on the receiving end of tackling wasn't as dangerous for the players. Being tackled caused 121 injuries while being blocked caused 105. Defensive players were at highest risk of these injuries than any other player. These include safeties and cornerbacks, as secondary positions. The fewest injuries occurred among tight ends and quarterbacks.

The authors felt that the emphasis on the seemingly more severe injuries increased safety on the field, but that this safety needed to be applied to the lesser known injuries, such as those to the hands and fingers. By being aware of which players are at highest risk and what adds to the risks, more awareness and prevention can be put into place to reducing the rate of injury. For example, the database showed that most of the hand injuries were the result of a direct trauma, often because the players are catching or deflecting the ball. Tackling also caused many finger and hand injuries. With information like this, it may be possible to design better safety equipment to protect the players.